The farm is situated close to the pictoresque hamlets of Castiglione and Rocca d'Orcia.

In this section you will discover these pearls of Tuscany

Castiglione d’Orcia (mt. 574 slm), is placed on top of a hill which has always been characterised by the way in which farmers have taken care of olive groves and vineyards.  The finds that have been found in this area tells us that human settlements have existed in this village since Etruscan Times. In spite of this Castiglione d'Orcia is sited in official documents in the year 714. The importance of the Francigena Route helped the village to develop. At that time part of this road belonged to lombard family Aldobrandeschi till 1090; It was then that it was donated to the "Ss.mo Salvatore al Monte Amiata" Abbey Monks and later on, they bought the remaining road in 1154.

Afterwards Castiglione was given to Siena by Count Aldobrandino di Tentennano (1251). 1471 external walls were built to protect the village. These walls had 4 doors which remained closed in front of Carlo V Emperor's Army. Consequently in 1536 Carlo V had to besiege the place so as to be able to take possession of it. After so many other historical episodes the village was given to a Noble Man: He was Fernando Riario who died some time later without any heir. After 17th Century Castiglione's government became a municipality and later on Rocca d'Orcia, Campiglia díOrcia and Bagno San Filippo became part of it as well.

The Town centre, characterised by narrow streets, has maintained its medieval characteristics leaving us so many attractions to see such as:
the Rocca Aldobrandesca, which is being rebuilt at the moment; the Sala d’Arte San Giovanni, an Art museum which shows paintings made by Simone Martini, Giovanni di Paolo, Lorenzo di Pietro and other sienese painters.
Piazza Il Vecchietta - called after the sienese artist Lorenzo di Pietro, who was called "Il Vecchietta" himself. This Piazza is characterised by a travertine Well.
The Porta di Sopra, the only remaining door, built in 1471 together with the external wall, still visible.
The romanesque church Santa Maria Maddalena, which dates back to 1274.
The church Santi Stefano e Degna, where interesting paintings made by Pietro Lorenzetti come from; such us the “Madonna delle Grazie”.

The first news about this village as a fortified place dates back to 867. Then in 915 The Emperor Berengario allowed  the Monks of San Salvatore al Monte Amiata to settle down here. This right was later confirmed by Corrado II in 1027 and in 1036. In 1100 The village found itself in the hands of Ardenga who became later on Count of Tentennano.

In 1207, Charta Libertatis, a document which recognised the people from Rocca D’Orcia‘s rights, was issued. But in 1251 all these rights as well as other lands (“Terre e Castella”) were given to the  Siena  Republic. Later on  the Land was given  to the Salimbeni family in 1274 as a form of payment  due to the so many debts Siena had after the war against Florence.
The strong power that the Salimbeni family had against Siena brought about a great dispute, which Saint Catherine of Siena  tried to calm down, while staying at Rocca d’Orcia.

When She was in the village, the tradition states that, after a vision, Catherine had received the miracle of learning how to write.

“La Rocca” was in hands of Siena again in 1418. Giovanni Zolla was the one to open the doors of the village to allow the army to enter. Cocco Salimbeni took refuge in The tower. He tried to resist as much as he could but when the people swore allegiance to the Republic of Siena, he surrendered. In this way he saved his family and himself.

As It dominated over vast lands it protected Siena from Cesare Borgia (Il Valentino)‘s raids, and in 1502 from Fabrizio Maramaus’ (Il Maramaldo). In 1553 The Rocchegiani People surrendered, without fighting against Carlo V’s Army.
The present Rocca di Tentennano was then given to Its neighbour village: Castiglione d’Orcia.

Rocca a Tentennano: An impressive rocky fortress which dominates the valley. During Spring and Summer many Works of Art are shown. It’s worthwhile visiting.

S. Simeone Church*:  Its restoration is being finished. A painting from Bartolo di Fredi: "La Madonna of the Mercy” can be seen in the church.

Piazza della Cisterna. There is a big and interesting octagonal well from XII Century in the centre of this square.

Borgo Maestro. The buildings which belong to the Law Courts  and Hospital can still be seen as well as the house where Catherine of Siena has saved so many people by miracle.

Porta Senese (sienese gate). It’s the only remaining medieval gate which is the main entrance, still today, to the village.

Church of the "Madonna delle Grazie di Manno"*. It was built in the XVII century and it has an interesting walnut altar.

* open only during special occasions

This tradition which has always marked the changing of seasons and harvest is still present in Castiglione d’Orcia (The only place in the Siena province). It’s known as “Cantamaggio” o “ Maggiolata”.
On 30 th April afternoon a group of singers and music players walk and sing from house to house.
They sing and play Valzer, polka, mazurka o marcetta wishing a good harvest and asking for food in return. At one time the families offered flour, oil and wine.
Nowadays  the families give the singers and players money for them to organise a big dinner for all the villagers and for themselves.

These people also walk and sing to those young women who deserve a husband or to those married couples who sleep quietly. They also sing to the local  authorities (“Bentrovato sacerdote, vero servo del Signore, laudate il Creatore con preghiere si’ devote...”). They go on singing till dawn remembering those who have passed away: (“Maggiaioli che ascoltate, il nostro canto appassionato, non vi abbiamo mai scordato nelle serenate...”).
“Il Maggio” as it is defined by Catiglione people is not an spectacle, artistically speaking, but a tradition to be listened to with passion and respect. 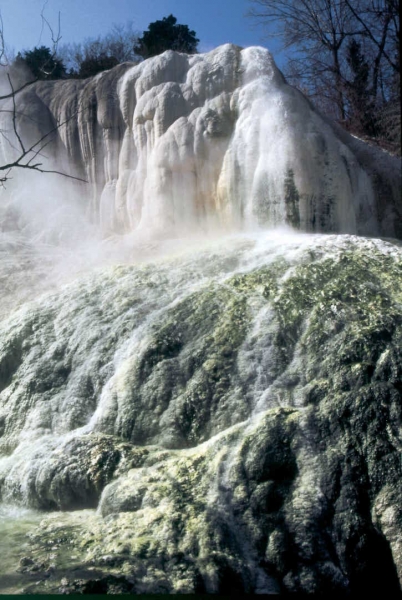 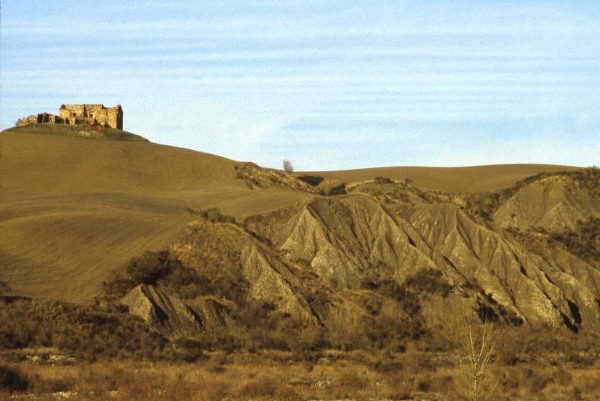 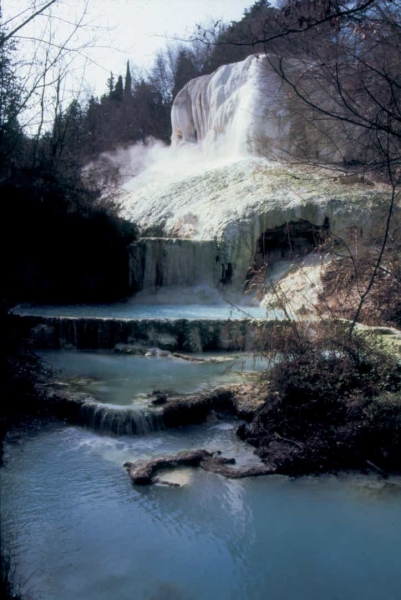 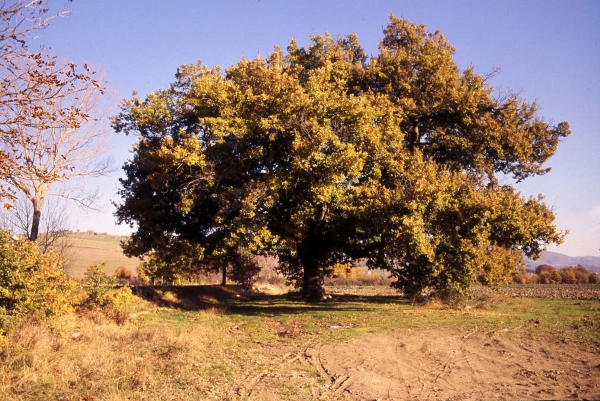 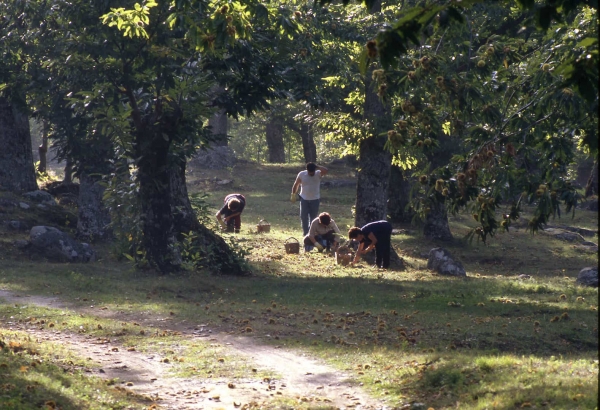 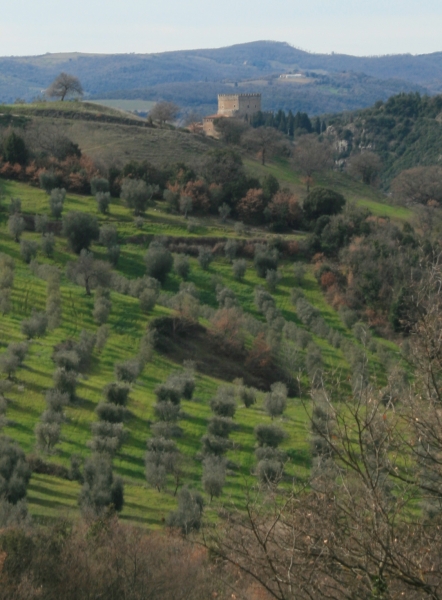 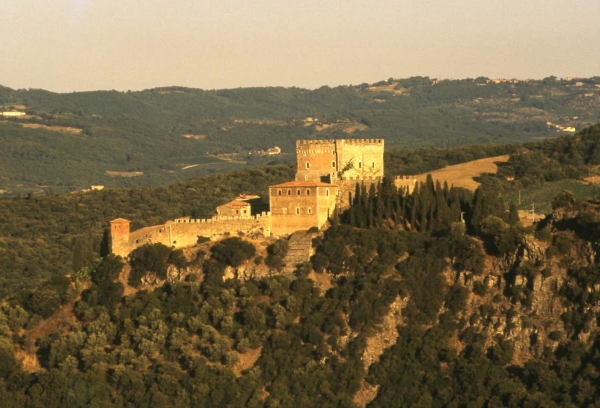 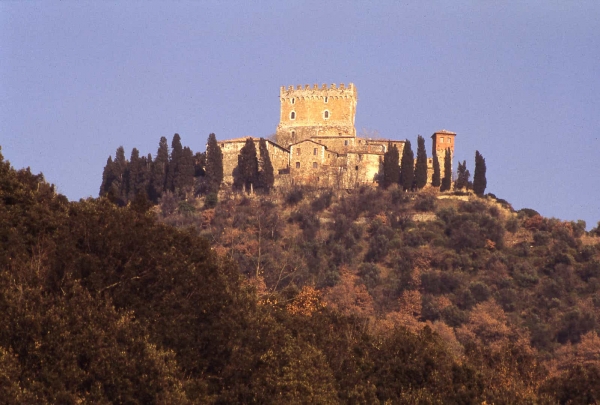 Vivo: Palazzo Cervini and the Contea, which were the Eremo di San Romualdo, Ermicciolo Park with its seventh century typical huts where chestnuts were once dried and an old romanesque church.

Bagni San Filippo: The gorgeus area of Fosso Bianco, San Filippo Church and, along the road to Campiglia, the Grotta del Santo (the Cave of the Saint), the ermitage of San Filippo Benizi (1267).

Gallina: Along Francigena road there are many farms which date back to medieval times but which are present today such as Ricorsi, Rimbecca, Briccole, Scala, Poderina.

How to reach us